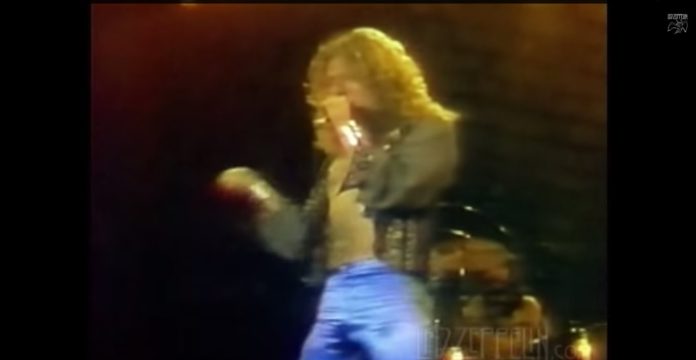 Название
The recording of «Presence» was a magnificent achievement considering Plant was confined to a wheelchair the whole time due to his car accident. Legend has it that the first time this song was played back to him after he had done the vocals Plant fell out of his wheelchair he was so taken with it. Given that he had a broken heel at the time and his superb vocal performance on this song the title may well be self-explanatory.

Содержание
Given Plant’s enthusiasm for mythology the lyrics seems thematically linked to the Trojan war during the Hellenistic age. On the other hand, the rumour persists that Plant, in a wheelchair with his leg in a cast due to a car accident at the time of the session for «Presence«, literally fell out of his wheelchair when he first heard the completed song. Given his leg injury, the title may indeed be a reference to this incident.