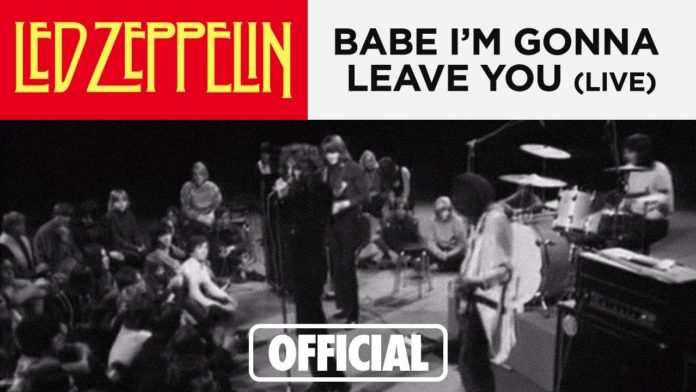 Заимствование
On all the box set releases, and releases since 1990, a credit has been added for Anne Bredon, an obscure folk musician who wrote and recorded the original song in the 1950s. Back in the 1980s her son was intrigued to hear his mother playing what he and the rest of the world thought was a Led Zeppelin song. After asking her why she was doing this, a quick trip to a solicitor saw her name added and her contribution recognised. Led Zeppelin’s version is not that reminiscent of Bredon’s original though, the Zeppelin version borrows from Joan Baez’s cover of the song. When Jimmy and Robert got together at Jimmy‘s Pangbourn home in 1968 to evaluate each other, Page told Plant he had an arrangement of this song in mind which had a lot of «light and shade». Contrary to what Richard Cole claims, Plant did not pick up a guitar and play Page the riff, because he didn’t play guitar at the time, and both Page and Plant have both said it was Jimmy that played the riff for Robert, and not the other way around.